As former pigment suppliers to all major mortar manufacturers a wealth of knowledge and experience has been gathered as to potential problems experienced with the use of coloured and natural mortars.

Without doubt the most common problems caused in the batching process, where unwelcome site practices result in a patchy appearance. The same can be said for mortars where coloured pigments have been added where differing amounts of pigment have been added to each batch.

Our trained Technicians are able, in a relatively short period of time, tint the offending joints and transform the appearance of the offending areas. 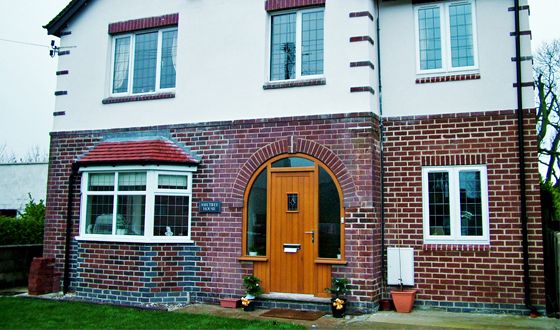 The level of service was excellent. Your operatives were most polite and a pleasure to deal with. They take an obvious pride in their work. Please pass on our thanks to them" Mr T - Glasgow

"The difference that tinting the bricks to our extension has made is fantastic!" Mr & Mrs B - Wakefield

"The extension to my stone cottage was built in a different coloured stone from the original leaving a totally unsatisfactory appearance. Now that Construction Cosmetics have tinted the stonework my home has been transformed and is credit to the quality of their workmanship" Ms A - Shaftsbury

"Thank you for the excellent works you carried out on this project. I know it was a small part of the total works but, nonetheless, essential and helped us to hand over a quality building to our client." Mark P - Major Contractor, Oxfordshire